The Studios are open... it's SHOW TIME! 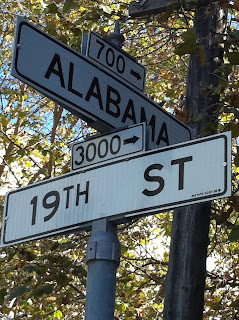 With another Fall Open Studios behind us a BIG thank you to the folks at Artspan for year after year making it happen in their support to us local artists. I would also like to mention and thank the Mission United Artists for promoting us.

As you might imagine, there is so much preparation the week prior and this year the City of San Francisco decided to tear up and repave several streets where many studios are located (mine included). This made it difficult to bring supplies and/ or paintings as I could not park or drive anywhere near the studio.

But not to fear! Taxie and I got creative. I had a painting that had been at the photographer as well as promotional materials, price lists, post cards and some painting supplies that I needed to get to the studio. So, I loaded up my city bike... dog, painting, and supplies and yes, we did get some odd looks and laughs as we made our way cross-town. 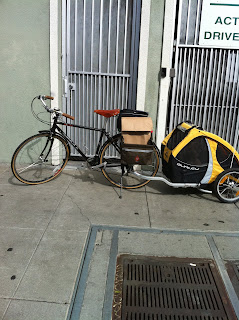 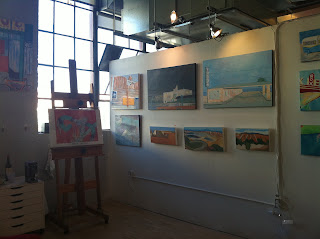 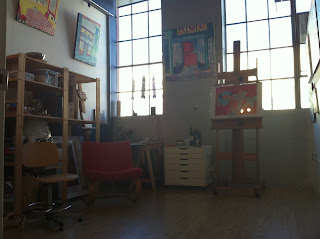 Speaking of SHOW TIME... this video on YouTube cracks me up. This is so why galleries exist. "We" artists are just not equipped to talk about, sell or show our own work. Herman Munster is just the best! "Man, that cat's so deep"!

Opening reception... thank you everyone for stopping in! We did have to laugh when the flash of the paparazzi went off... Geoff Wolf of Art Explosion snapped this photo... coincidently the photo he took at the last Open Studios was of the same friends. 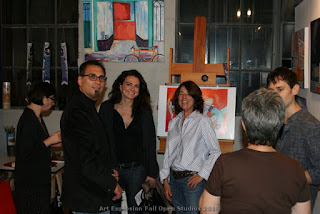 I was surprised that one of my new oil paintings, Hill Top View #1: Bernal sold. And so pleased know it is going to hang in a beautiful home (I was able to see where it would be hanging when I delivered it on Monday).

Again, as I have stated in previous posts, I am very lucky as the 2nd floor studio group, where I am located, is comprised completely of private spaces with many talented, fun and hardworking artists.
Open Studios is an opportunity for us to see each other's new projects and spend time talking. Sharing ideas and new work is truly one of the reasons that I continue to enjoy crateing in a community studio environment.
On Saturday two artists whose work I respect stopped by; Kathy Fujii-Oka (her studio is up the hall) and Priya Assal Gheysari (is my next door neighbor). 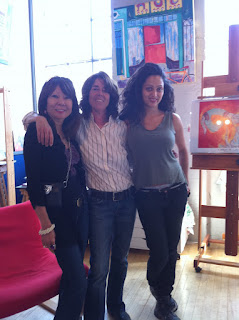 Another fun part of Open Studios is that you meet so many people... here are four art savvy dogs that stopped in for a treat (from L-R, guest of artist Jason Rivera, Kathy Fujii-Oka's pups and just a guest enjoying the day).

Last year photographer, David Gartner, did a project of artists in their studios and if I recall correctly he was using his phone camera.
On Sunday David showed up again only this time with the real camera. He asked if he could take my picture for this years project. He is a really nice guy so I said sure, and told him this time I want to look like the serious artist that I am. He asked me to stand by the sock monkey. Well, so much for that. His project is very cool and worth taking a look at. 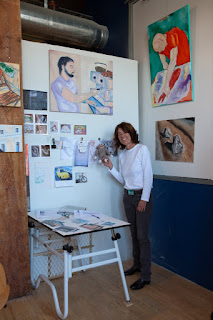 Monday morning I was tired yet anxious to get back to work on the several projects that I have going. As you can see in the photo I think Taxie was also having a hard Monday back at work... she could hardly keep her eyes open! 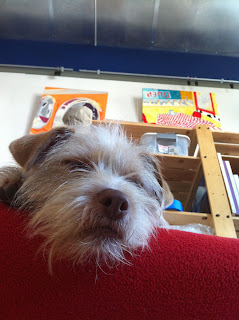 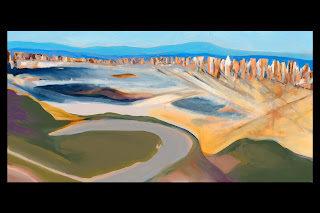 and I thought Hill View #3: Corona was... however after looking at it this week I decided it needs some changes. 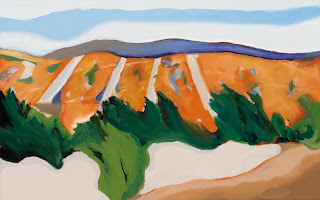 As you can see in the photo below I've been making lot's of changes... it's Friday, so probably won't get back to it until next week. 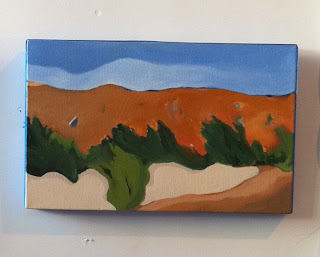 Pacific Atlas has been completed... 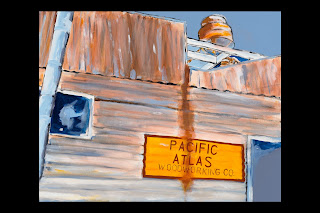 and I have started another cityscape. This new one is of the blank billboard that I saw in the Mission and I was drawn to the starkness of just a blank white space against the sky. 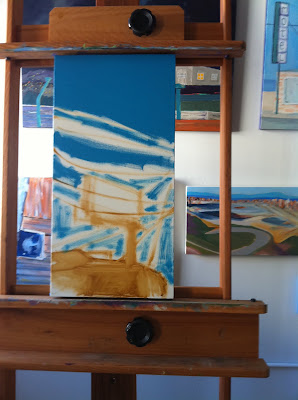 I m also working on a grouping of oil paintings that are of the same subject, just different views and times of day. The first two are very small - color is being laid in. 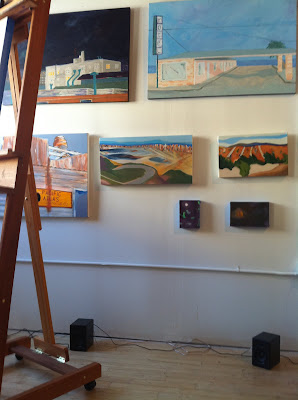 And for something a bit different, completed a chalk and nu-pastel drawing, 18x24". 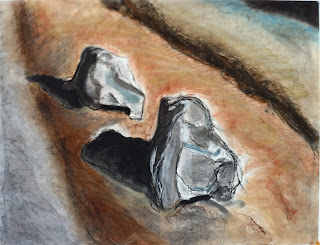 This week flew bye... not enough time!
To wrap this up... seems that the new theme for odd sightings is shoes... or for Open Studios is that shoe biz? Bright shoes hanging from the telephone wire in the Lower Haight... 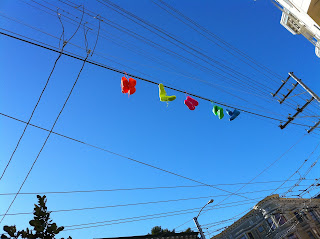 and in the Mission... a little kids shoe. 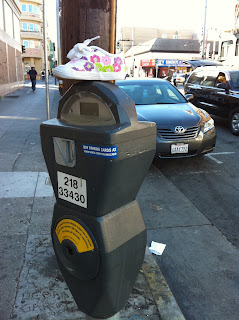 Posted by Christie La Russell at 7:00 PM No comments: 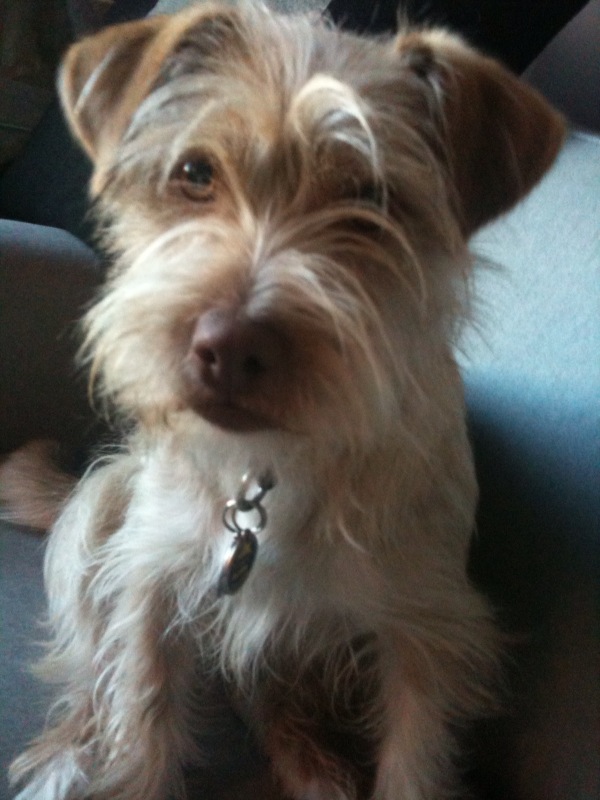